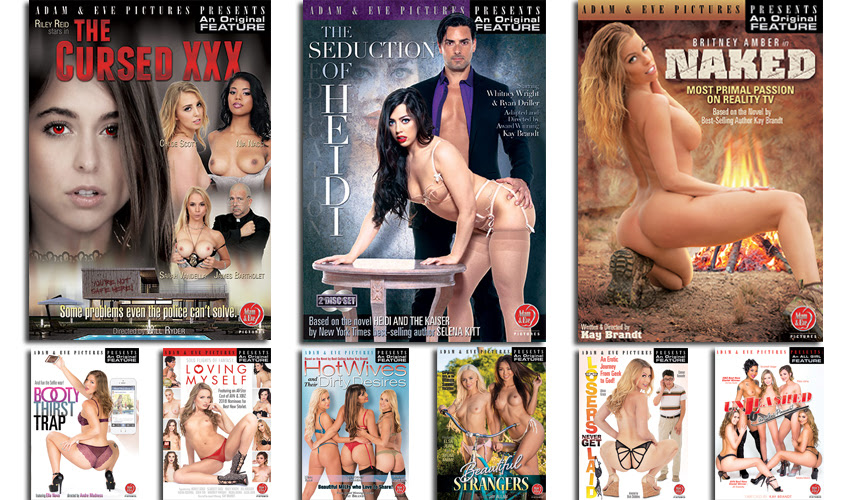 The AVN Awards, hosted by adult star Romi Rain and camming sensation Bailey Rayne, will be presented on Thursday, January 26, 2019, at The Joint at Hard Rock Hotel & Casino Las Vegas. To view a complete list of the nominees, click here. The awards honor excellence and outstanding achievement in the adult industry as well as in adult consumer goods and services.

“We are honored by these nominations,” said Bob Christian, Adam & Eve’s director of New Business. “We want to thank AVN and its staff for the recognition of filmmaking. We are very proud to make movies which bring entertainment and pleasure.”

“I would like to thank AVN for honoring our films, our directors and the cast and crew, who give each scene their all,” said Rachel Vigneaux, Adam & Eve’s executive producer. “Congratulations to our entire team for earning these great nominations.”

Also earning nine nominations was Kay Brandt’s “The Seduction of Heidi” which she wrote, based upon Selena Kitt’s bestselling novel, and directed, earning Best Drama nomination and Best Director – Feature for the award-winning filmmaker, whose script was also cited for Best Screenplay. The film’s star Ryan Driller received a Best Actor Nomination for his work in the acclaimed drama.

Adam & Eve’s retail and online division offer customers a variety of adult products and novelties from top brands and manufacturers like Cal Exotics, Doc Johnson, Fleshlight, Lovelife and others, in addition to best-selling products found nowhere else.