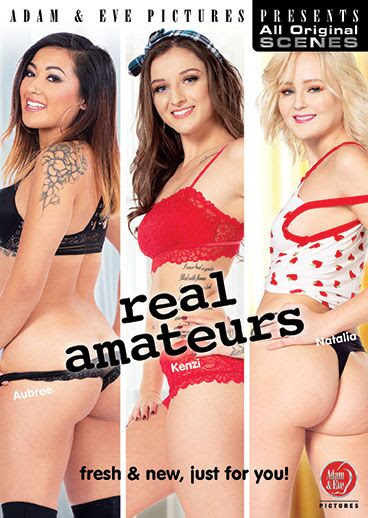 Sexy newcomers with an adventurous streak bare it all in Adam & Eve Pictures’ “Real Amateurs.” The newest directorial effort from Andre Madness stars Natalia Queen, Kenzi Ryans, Aubree Ice, and in her first sex scene, Holly Lace. The title comes to DVD and VOD May 28.

“I was absolutely astounded by the endless abandon these gorgeous women exhibited,” Madness said, “I enjoyed working with newbies and witnessing their genuine exuberance, curiosity and desire. Fans are going to love the fresh taste this leaves.”

“Real Amateurs” presents four women from around the country each of whom are brand new to adult films. Shot in Madness’ unique style that takes viewers up close and through the middle of the action, “Real Amateurs,” showcases wild, sexually-charged scenes which cumulate in intense orgasms opposite some of the industry’s top male performers.

Shot in various upscale locations with cinematic lighting and high definition cameras, “Real Amateurs,” takes viewers into the world of youthful girls exploring their desires and releasing their inhibitions.