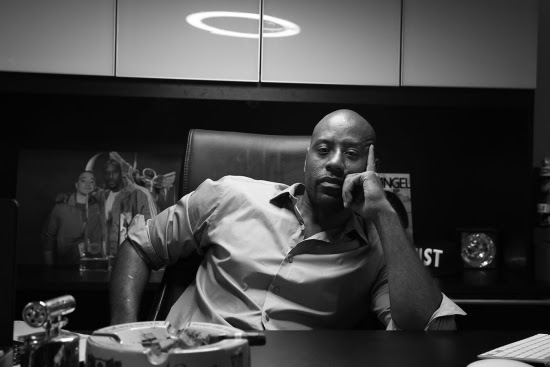 (HOLLYWOOD, CA) ArchAngel Video (https://archangelvideo.com/) lensmanMimeFreak receives Director Of The Year award at the 2018 Urban X Awards.MimeFreak has had a lengthy career in the industry but most notably is his work behind the camera for ArchAngel Video. Credited with dozens of titles and having directed top industry performers, MimeFreak continues to create exciting erotica. The Urban X Awards celebrate the finest ethnic professionals, performers, and companies in adult entertainment. In a gala event held in Los Angeles this past weekend the winners were announced, of which, for his accomplishments in the industry over the eligibility period, MimeFreak won Director Of The Year
“It’s an honor in itself to have been nominated for Director of the Year by Urban X,” saidMimeFreak. “To actually win left me breathless. When they read my name I thought they were still announcing the nominees. I appreciate the Urban X committee for their recognition and gratitude. I would like to thank the fans and industry personnel that voted for me. I appreciate everyone that’s given me a chance to hire them for an ArchAngel movie.
“Thank you to StarFactoryPR for their contributions and getting me to come out of my rabbit hole. Thank you to my editors Harper and Alex that always enhances my art. Thank you to LosDee who is the best graphics guy in the business PERIOD. Thank you to Phineas Johnson, Chad Diamond, Jeff, Moose, Jim and Wendy Crawford for all of what they contribute to ArchAngel. Last but not least, I would like to really thank my brother Gabriel Guzman for always supporting me and having my back from the beginning to the end. I wouldn’t have what I have today if it wasn’t for him.”
To compliment his Urban X Awards win, MimeFreak is currently a nominee in the NightMoves Awards for Best Non-Feature Director. For his continued success with ArchAngel Video, MimeFreak was recognized by the NightMoves nominating committee. As the NightMoves Awards are fan-voted, MimeFreak is looking to his followers to show their support by voting for him. The voting period runs from July 15th to September 15th, only one vote allowed per IP address and a legal ballot must vote in at least 6 categories. The 26th annual NightMoves Awards are scheduled to take placeOctober 7th, at the Tampa Gold Club located at 6222 E Adamo Dr in Tampa. Show tickets and additional information can be found on the official NightMoves Websitehttp://nightmovesonline.com.
An exciting year culminates with MimeFreak taking home the Director Of The Year title at the 10th annual Urban X Awards! Now he sets his sights on the NightMoves Best Non-Feature Director award!
For more ArchAngel, please visit the ArchAngel network:
ArchAngelVideo.com
ArchAngelBlog.com
Twitter.com/Arch_Angel_xxx
Instagram.com/ArchAngelVideo2017
Girlfriendsfilms.net/94082/studio/archangel-porn-movies.html
KEYWORDS:
About ArchAngel:
Making an incredible impact in adult entertainment, ArchAngel Video has established itself as an industry brand leader. Founded in 2013 under the vision of General Manager and Lead Director MimeFreak, the powerhouse production company has succeeded in cultivating multiple award-winning videos. With a strong presence in the VOD and DVD markets,
ArchAngel thrives due to its commitment to erotica excellence. Aside from DVD, ArchAngel offers consumers all of their exciting productions VOD via their state of the art website; ArchAngelVideo.com. In October 2017, the masterminds behind ArchAngel started an exciting series and website which focuses on the hardcore stars of tomorrow with the brand Beginners Luck. Beginners Luck only features adult newbies looking to make their big break in the industry.