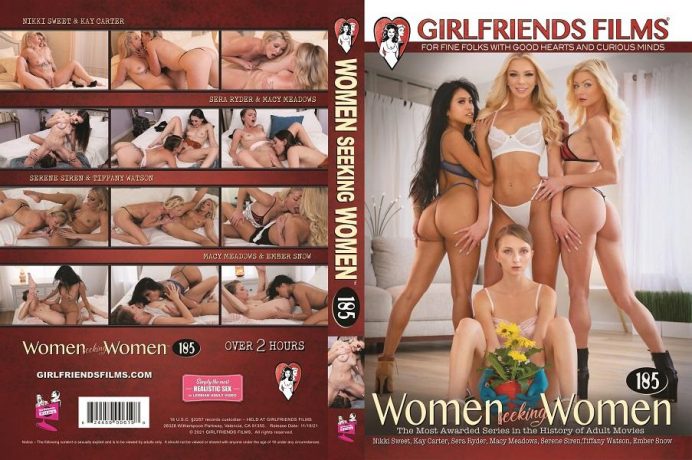 Also appearing in the new release are return performers Nikki Sweet and Sera Ryder. Debuting in the film is Kay Carter, who is matched with Nikki Sweet. Sera Ryder tweeted from the set during filming, “Currently watching two sexy ladies have sex… This is the life!”

The Girlfriends Films long-running series ‘Women Seeking Women’ is currently among the nominees for Best Lesbian Series or Channel for the upcoming AVN Awards, and All-Girl Series of the Year for the XBIZ Awards, and was recently awarded ‘Best Girl/Girl Series’ at the XRCO Awards.

Women Seeking Women 185 is now available online at the Girlfriends Films Video On Demand website, and will soon be scheduled at GirlfriendsFilms.com.