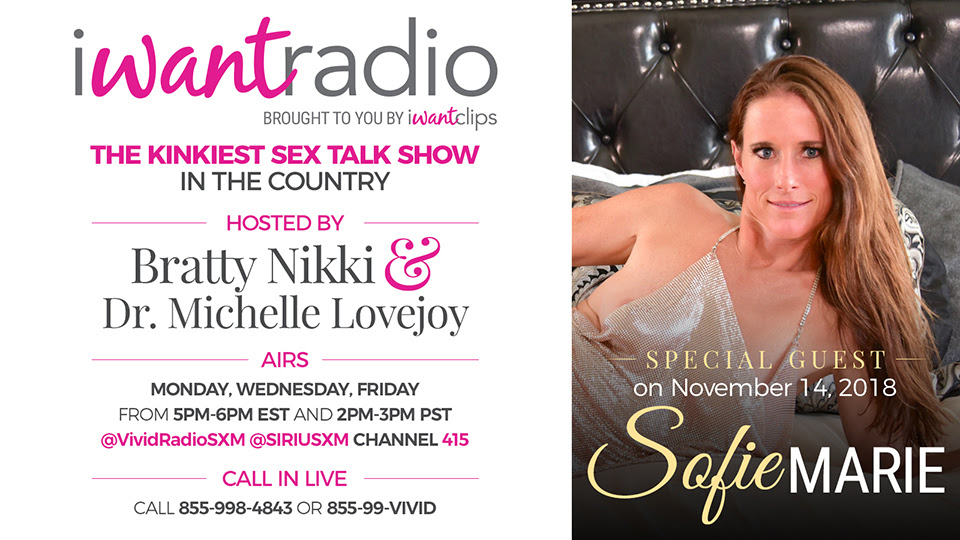 A former collegiate athlete and professional volleyball player, the 5-foot-10-inch Sofie Marie joined the adult industry in 2014, becoming a popular adult performer with fans and studios alike. Her enthusiasm and sexual energy has powered her to new heights since her arrival, starring in a slew of popular movies from top adult studios and has gone on to open Yummygirl Studios, an adult video and photography production company, as well as operate 11 adult websites through her YummyGirl brand. Today Sofie Marie is expanding her reach with her iWantClips store featuring all-new content. To visit her iWantClips store, click here.

iWantRadio is dedicated to creating an open dialogue about human sexuality, fetish and evolution toward acceptance and celebration of consensual sex. iWantRadio airs every Monday, Wednesday and Friday on SiriusXM Channel 415 from 2-3pm PT/5-6pm ET. Listeners can call in by dialing 1-855-99-VIVID or (855) 998-4843. More information as well as a schedule of upcoming guests is available at iWantRadio.com. To be a guest, sponsor or to suggest a topic, email: Team@iWantRadio.com.