JustFor.fans (JFF) today announced that, as part of its Charitable Giving Program, many of the company’s models have elected to donate a percentage of their June income – currently $7,600.00 – towards the Black Lives Matter (BLM) movement for the month of July.  This continues JFF’s well-established philanthropic philosophy of helping others in need, and giving to charities of which BLM, as of June 1st, is within the program. 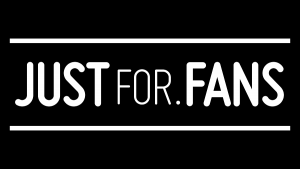 The fan-based social site’s 1-1/2 year-old program, a first in the industry, allows models to directly support non-profits that reflect their vibrant community from within the JFF platform. JFF also supports the Free Speech Coalition, HIV League, Pineapple Support, Point of Pride, Sex Workers Outreach Project-USA, Trans Lifeline and Woodhull Freedom Foundation.
JFF’s models have played a critical role in the company’s Charitable Giving Program. The company is alone in the adult world in its unrelentless work in giving back to the community, and to charities across the country.  JFF feels that giving to charity is an important part of the DNA of the corporate philosophy, in order to help others in need. JFF hopes that this philosophy spreads far and wide in our communities.
“Black Lives Matter, period. We are more than one organization/appendage/experience,” says JFF influencer Roman Blck. “Black Queer Lives, Black Trans Lives, Black Women’s Lives, Black Young Lives deserve a voice and victory.” (justfor.fans/romanblck)
Jessa Jordan said, “One of the many things I love about JFF is the commitment to causes that aid development for various communities via the charitable giving feature. 20% of my JFF earnings go to a charitable giving split between BLM, the Trans Lifeline and the Sex Workers Outreach Project (USA). I chose these 3 groups because, until recently, they were causes that are the least promoted, yet the most in need of funding for the work organizers do on the ground.
“While being outspoken about human rights is important, it’s more important to me to financially back groups seeking to improve the communities I want to thrive. Living in a capitalist society unfortunately means that money can make or break a movement, and until we live in another type of society, we have to be willing to put our money where our mouths are.” (justfor.fans/jessajordan)
“As far as why I give half my earnings to BLM, I do it because it’s the right thing to do. I could go on, but that’s basically it,” says JJF model Rosie Galaxy. “I support the BLM movement because as a queer trans femme sex worker in the U.S., I couldn’t exist without Black people and all they’ve done/do. They are people and should be treated as such. All lives can’t matter until Black lives matter.” (justfor.fans/foreverfriskyfox)
For JFF model Her Ellaness, “I’m hoping shedding light on BLM will also shed light on the systemic racism against other minorities.. more specifically Native People. Before the death of George Floyd, when was the last time you heard of a Native American killed by cops.. like.. at all? It literally never even makes the news. The Highway of Tears disappearances and Starlight tours across Canada have been linked to police.
“Justin Trudeau has done nothing to help end racism in Canada since taking a knee, except say that we need to give the cops more money for body cams. We need to defund the police and bring light to problems all over the world towards all minorities.” (justfor.fans/herellaness)
Pissgagboar added, “We all need to focus our resources and voices to protect black lives and especially black trans lives. COVID has only exacerbated and further disproportionately affected our black and brown communities; they are being crushed, and it’s devastating. This is a way I could help directly and raise awareness by giving all of my earnings to BLM. I’m in a privileged position where a few hundred dollars won’t make/break me.
“I decided to donate all of my proceeds, starting with June, pride month, to BLM. Pride started as riots and protests 50+ years ago with Compton’s Cafeteria and Stonewall against police transphobia, homophobia, and general violence against queers. Our transcestors led the fight and 50 years later black trans lives are still the biggest target of police brutality and murder in our community. I’d encourage my JFF coworkers, especially white cis performers, to give a portion to BLM. we’re in this together. (justfor.fans/pissgagboar)
Since its launch in 2018, JFF has grown into a compassionate community that brings together studios, agents, photographers and affiliates in order to generate more revenue for its patrons, with charitable activities that support JFF users. Giving to charity is a part of the DNA of the company’s corporate philosophy.
To learn more, visit JustFor.fans and follow on Twitter at @JustForFansSite.