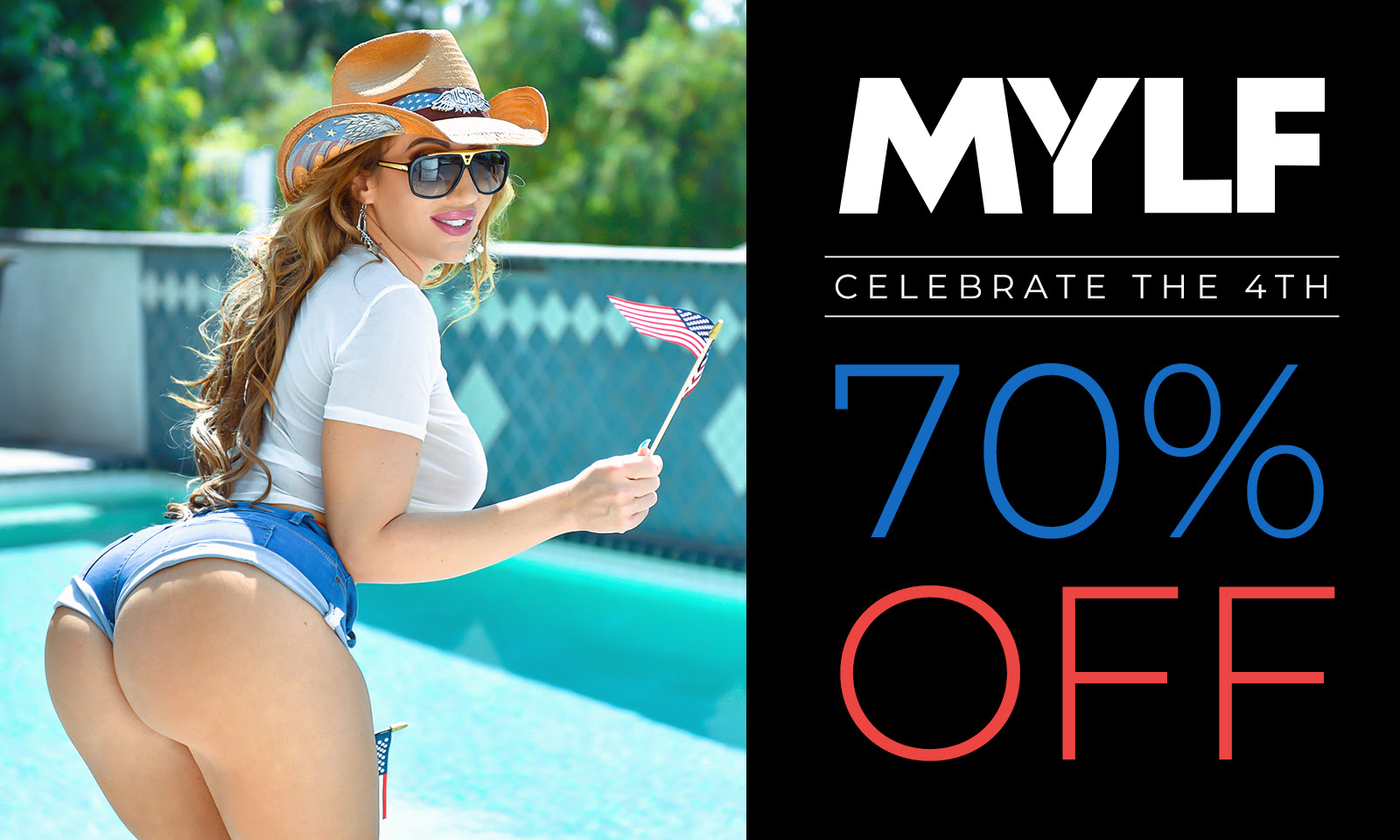 The MYLF Network, a segment of Paper Street Media’s network of adult platforms, is honoring America’s birthday with a discount on memberships for its MYLF and MYLFdom premium adult sites. Since a MYLF is a Mom You’d Like to Fuck, what better way to celebrate independence than getting exactly what you want?

“We are celebrating Independence Day with an exciting offer for fans of sexy mylfs,” said Salima, COO of Paper Street Media. “New members will get the chance to discover our highly rated premium content at an affordable price that will make this long 4th of July weekend even better.”

For the 4th of July promotion, fans will get up to 70% off the regular subscription rate when they sign up for a full year of MYLF or MYLFdom for just 26 cents a day. The six-month discounted rate is 38 cents a day, while the rate for one month is 60 cents a day. The promotion runs from July 1 to July 8.