Alluring newcomer Mona Azar stars in an edgy intruder fantasy scene from DickDrainers.com, featuring the return of Branden Richards’ escaped pervert character
It can be really lonely for a lot of guys during these times, but that also means it’s a great opportunity for beautiful girls like Mona. She’s is a popular cam girl, and every night she goes online to chat and perform for her many fans.
And they love her; her room is always packed. Today, her fans are eager to tip, and Mona — wearing a sexy black & white outfit one of her fans sent her — gets ready to put on a show. 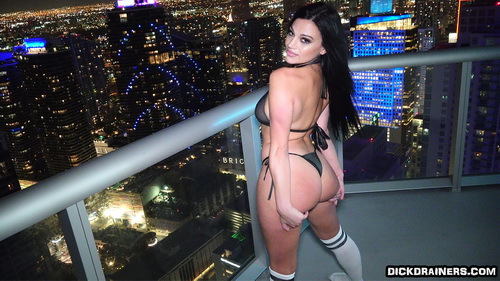 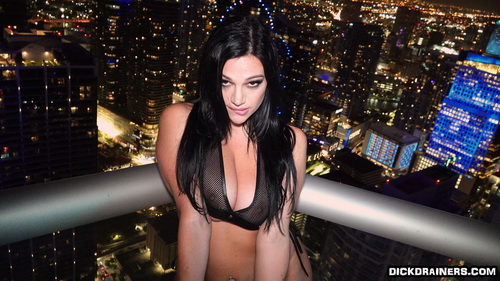 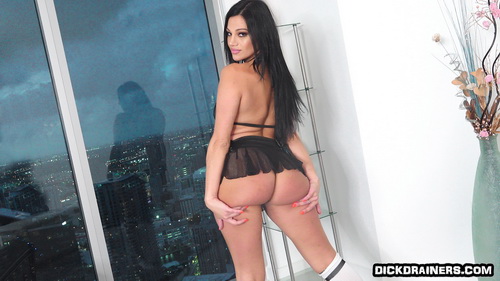 But…had Mona not been so busy getting ready for her show, she would have noticed an urgent breaking news alert: An escaped degenerate with an insatiable appetite is on the loose nearby! As a matter of fact…he’s right down the street. Getting closer…and closer…looking in windows…seeing who’s home alone. Seeing which pretty girls are in need of love and affection.
Mona’s fans are about to get a very special live show….
“Mona’s a joy to have on set, exceptionally skilled and of course looks absolutely amazing,” raved co-star Branden Richards. “She’s a superstar in the making with a very bright future. This scene was really fun to shoot for both of us; we actually came up with the concept together, which is one reason why the scene clocks in at over an hour; we were having too much fun! Expect to see lots more with Mona in the future!”
Mona Azar commented: “I loved this scene because I have a fetish for break-ins/robbery, so I was turned on the whole time we were doing the scene. It was also my first time doing a full-on rim job and I’ve discovered that I’m actually really good at it. Branden basically helped me figure out that I love to eat ass. I also loved how loud his orgasm was when he came in my mouth.”
“Arabic Cam Girl Gets An Unexpected Tip While Streaming Live!” is available for streaming and download at the DickDrainers official website ( http://dickdrainers.com/tour/trailers/They-Werent-Expecting-This-Live-Show.html ).
Follow Branden Richards on Twitter: @BRichXXX.
Keep up with Mona Azar on Twitter: @RealMonaAzar.
For the latest news from DickDrainers, keep up with the studio via Twitter: @DickDrainersXXX.