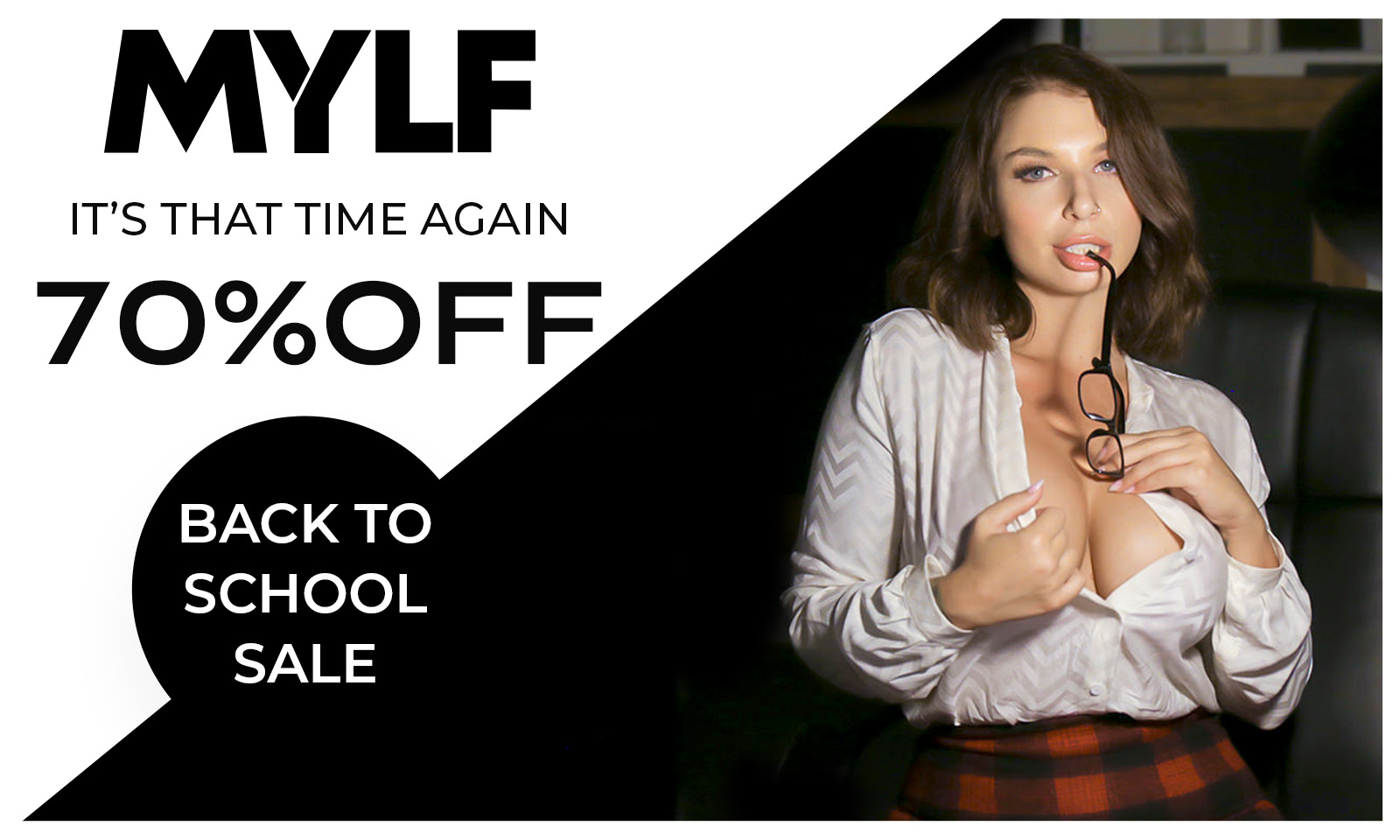 MYLF.com, a segment of Paper Street Media’s network of adult platforms, is celebrating Back to School with a discount on memberships for its premium adult site.

“We’re ringing in Back to School with an exciting offer for fans of sexy MYLFs,” said Producer Ariel Vera. “New members will get the chance to discover our highly rated MYLF-themed premium content at an affordable price. Now that the kids are gone, fill your empty house with some fun. Dads are seriously going to love these MYLFs.”

For the promotion, new members will get a discount off the regular subscription rate when they sign up for a full year of MYLF for just 26 cents a day. The six-month discounted rate is 38 cents a day, while the rate for one month is 60 cents a day. The promotion runs from August 13 to August 19.